The 121,967-ha Orkhon Valley Cultural Landscape encompasses an extensive area of pastureland on both banks of the Orkhon River and includes numerous archaeological remains dating back to the 6th century. Traders and dignitaries from as far as Europe visited the capital city of Karakorum to represent their countries. Karakorum, the 13th- and 14th-century capital of Chinggis Khan’s vast Empire, is where Asa Land camp is located, our camp is only 3 km away from the earliest surviving Mongol Buddhist monastery. The archeologically rich Orkhon River basin was the home of successive nomadic cultures which evolved from prehistoric origins in harmony with the natural landscape of the steppes and resulted in economic, social and cultural systems unique to region, linking East and West across the vast Eurasian landmass for centuries. If you enjoy being close to nature, you will find spell binding scenery at Naiman Nuur Lake, Ugii Nuur Lake, Orkhon waterfall and many other spectacular places in Orkhon Valley.

Erdene zuu monastery was a key religious, intellectual and political centre of medieval Mongolia. It is the oldest existing Buddhist monastery inscribed on the UNESCO World Heritage List in the category “cultural landscape of Orkhon Valley” and the monastery is Mongolia’s most visited monastery, just like in its early days. The establishment of Erdene Zuu dates to at least 1585, and some suggest it goes back much further, as far as the 8th century. It is the oldest surviving Buddhist monastery in Mongolia. The name translated means “100 Treasures,” a nod to the number of original temples and the chain of stupas (mounded reliquaries) that form the exterior walls of the sacred site. Tangled in its legacy there are the scars of centuries of fighting across the sacred walls.

The excellent location of Tuvkhun temple is short distance of 70 kms from Kharkhorin. If you visit to Kharkhorin, it is recommended to explore the Tuvkhun temple set in a beautiful mountainous area. Zanabazar, who was the first leader of Buddhism, located the place. It was built in 1653, believers who gathered in Erdene Zuu monastery decided to build a special Monastery for Zanabazar. Following this decision, the Monastery Tuvkhun was built at Shireet Ulaan, the most beautiful scenery in Khangai Mountains and he called it Land of Happy Solitude

Khogno Khaan nature reserve – the site of Uvguun temple complex. Khogno Khan is an area where taiga meets rolling steppes and north Gobi’s sand dunes. Hike a short distance to the Ungun temples which were built in the 17th century by Zanabazar but destroyed in the 1930’s during communist purges.

The Khuisiin Naiman Nuur national park is located in Khangai mountain range, Central Mongolia. The area of Naiman Nuur (Eight Lakes), which was created by volcanic eruptions about 8000 years ago and Khuisiin Naiman Nuur (Navel Eight Lakes) is located at over 2,400 metre above sea level. The area of 11,500-hectare size was declared a National Monument in 1992. 35km southwest of the lakes is Orkhon Khurkhree (waterfall), the roads, however, are often virtually impassable. The lakes are named Shireet, Khaliut, Bugat, Khaya, Khuis, Onon, Doroo and Bayan-Uul. Two of the smaller lakes are completely dried up, the second largest lake Khuis Nuur is dried up to ten percent.

Ugii lake is located in the centre of Mongolia,and in the territory of Arkhangai province is one of the biggest lakes of Mongolia covering27 km square area. Average depth is 6.64m, but in some areas reaches depths of 15.3m, and the length is 23.5m. Ugii lake abounds in various types of fish and birds, which creates an incredible natural beauty. It is a favorite destination for fishing in central Mongolia. Ugii Lake attracts travelers, tourists and nature researchers from Mongolia as well as from foreign countries. More than 150 species of birds visit Ugii lake.

After strong rain this magnificent seasonal waterfall, also called Ulaan Tsutgalan, is one of the best sights in central Mongolia. About 25m downstream from the waterfall you can climb down to the bottom of the gorge; it’s 22m deep and dotted with pine trees. Ask your tour operator about the status of the falls. The water doesn’t run all year and will only start to flow after the first good summer rain. Late July and August are the best times to see it. If it’s not running you can consider rearranging your travel schedule to visit later in the summer. If you arrive when the waterfall is not in flow, take solace in the fact that the region is still gorgeous, and a fine area for camping and horse riding. 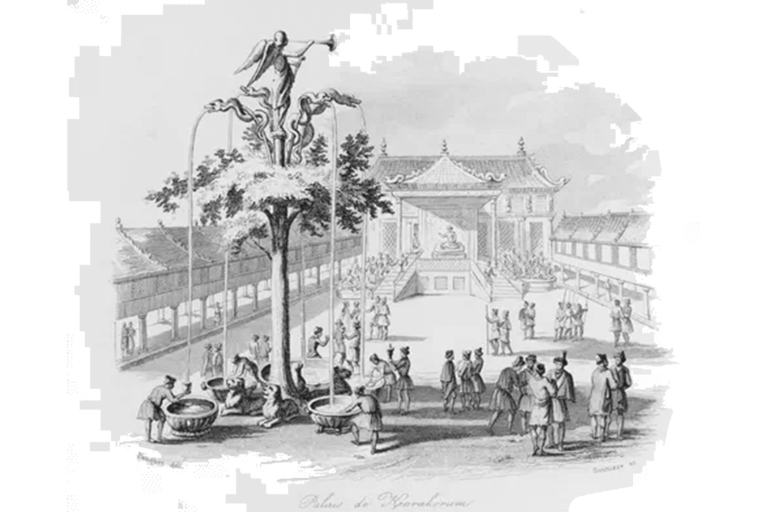